Schools get involved in the artwork for the Meadows

The Secret World Under the Trees 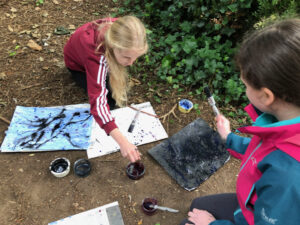 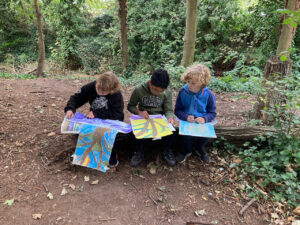 How amazing that it’s taken humans so many years to create the mobile phone and nature has been doing it all this time. Leo

The Secret World Under the Trees workshops took place with 105 children from Arbury, St Lawrences and Stapleford Primary Schools just before half-term.  Sally and Caroline from Cambridge Curiosity and Imagination (CCI) led the workshops and they have drawn together a flavour of some of the work and processes in a blog post – which you can access here. 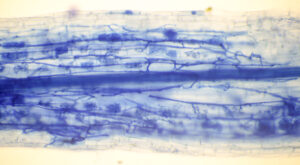 CCI worked with artist Lilah Fowler – who has been commissioned to create artworks for the Meadows site – and plant scientist Jen McGaley from the University of Cambridge to develop the workshops.

Prior to the workshops, root samples from plants growing in Arbury and St Lawrence’s school grounds were collected by the children. Magnified and stained images, such as the one above, of the root systems of strawberries, mint, nettles and dandelions were produced by Jen. These images highlight the intricate mycorrhizal strands of fungi within the roots and illustrate the relationship between fungi and plants. The workshops prompted interesting discussions about how things grow beneath our feet and how we might relate to them. 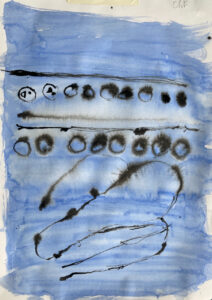 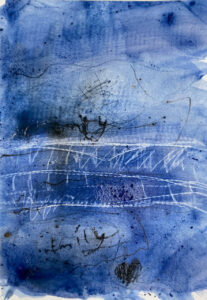 The next step is to shape the childrens’ artwork to become hangings for the Forest of Imagination. Caroline and Sally are creating these now, carefully editing the work to bring together a flavour of the children’s ideas into what will be printed onto 6 new hangings. The hangings will be exhibited as part of the Forest of Imagination this year and at the opening of the new Meadows Community Centre.

Our thanks go to CCI and the schools for creating the time and space for the children to have these wonderful experiences.

The details for the Forest of the Imagination events can be found here.